Danny Short is from Bolton. He's also from a planet where 70s pastoral progressive music can co-exist happily with on-the-money noughties experimentalism.

Take 'This Year Is Ours' rapturous 12-strings glitteringly reminiscent of 'Trespass'-era Genesis but dragged by the neck into today by a beautiful melodies and harmonies, and some slightly worrying interferences in the background keeping it all the right side of pretty. But then there's 'Truth Made a Man Of Me', where submerged vocals and drones are a bed for another gorgeous melody to sink into and dream. Imagine if AMM had written pop songs. You can't? Listen then. Danny Short is in a place of his own, but he shares some of the universe with poetic souls like Six Organs Of Admittance and James Blackshaw.

And this miserable old world needs more of this kind of beauty. Caressing musicianship, tunes to melt the hardest heart. Treat your soul.

8  People On The Hilltop

9  This Year Is Ours

"I am not sure that I will hear anything as eclectic, and the same time as so relevant and consistently well put together this year."
..Bob Osborne.

Interview with Dan in Reformation webzine. 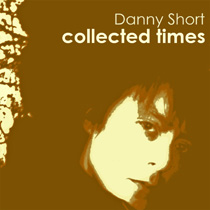 
Return to the archive