Ruchira is one of the artists who features on our compilation
A Place In Space now has her own songs available. 'Ruchira' features 2 songs, including the full version of the 'Raag', 'Maan Na Kariye' (Classical Indian music) which appeared in an edited version on the compilation, and is over 19 minutes long. Her record also includes 'Mora Saiyan Bulave' another wonderful Raag.

Ruchira Kale is a multi-talented vocalist from Pune in India. Born into a family of musicians, she had a passion for music from an early age and has had extensive music training from some of the most renowned and legendary artists in classical Indian music.
Ruchira's music is in the traditional Hindustani style; her singing is soothing and emotive. She says her musical art is "an amalgamation of my strong fundamental training along with the diverse and rich influences of the maestro's of Indian music".
Ruchira has performed at many prestigious events in India and has toured the USA and Canada. She hopes to establish her brand of music worldwide through solo concerts and collaborations, opening ears to the magic of Classical Indian music. 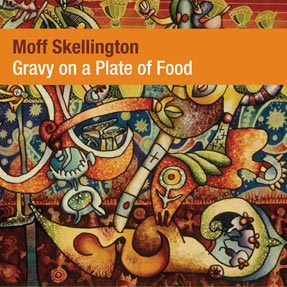 Moff Skellington is a native of Abstercot, that northerly place dubbed "The Brigadoon of Dreamsleep", a neighbourhood in which the dreams of his waking counterpart, railway navvy turned artist Andy Quayle, take place.
Moff's chosen musical form is that of Edoddi, a species of folk music which celebrates the very individual and often skewed perceptions of the world engendered by modern life. With no canon of acceptable subject matter (how can we police our dreams?), and no notion of imposture, Edoddi provides a refreshing alternative to the prescriptions and formulas of mainstream and "alternative" folk music. Edoddi has a very simple philosophy: nothing is arbitrary. Make it up as you go along, it's bound to be authentic!
More info about Moff here

Artist Danny Short whos debut album was recently released is interviewed in the latest edition of Reformation Webzine and is currently having a dance mix done of one of his tracks by new signing Borland. 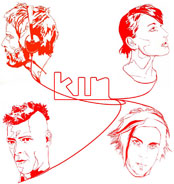 DOT DOT DOT is the title of a debut EP by Manchester group KIN and will be available soon. Here's a preview of the sleeve artwork in the meantime, by vocalist Kim Foster.